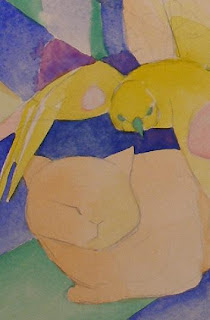 8 - As the farmer poured the slops into the trough, the pig came over eagerly. “Wanted some pie, piggy?” the farmer asked kindly. The pig grunted and started eating the warm corn meal slops. It was like warm corn pudding. The farmer always made it warm for the pig, and got it to the farm yard before it cooled. He knew the pig would eat it anyway, but he knew she liked it best warm. He was a kind man. He scratched her between her big hairy ears and hummed a song.

9 - The barn cat looked down on the farmer and the pig. The cat knew how to get things she was not supposed to eat. The pig had a pie once last month, but only because no one expected her to take it. Now the farm wife knew the pig would try to steal pies, and it had become like a game. The wife always won now. But the cat knew how to get things. She stole sardines off the plate. She got in the milk buckets when the farmer milked the cows.

10 - The farmer knew the cat stole milk sometimes. The cow would be sleepy and the bucket would be full of warm sweet smelling milk. He would turn his back to wash his hands before taking the bucket into the house to his wife. When he turned back the cat would be sitting beside the bucket, licking her whiskers. “Did you get a taste while I wasn’t looking, missy?” he would ask the cat. She would look up at him and lick her nose. She knew she must never let him see her steal the milk.

11 - A hawk’s shadow moved over the eating pig. The farmer looked up and shaded his eyes with his hand. “A chicken hawk,” he said to the pig. “You’re too big to worry about hawks, eh?” and he grinned at the pig and patted her huge pink back.
The pig pictured a hawk big enough to carry her away. It would swoop down on wings bigger than the barn roof. The huge bird would scream so loud the ground would tremble.

12 - The big hawk’s screams would make the house dance like it was in an earthquake. The pie would fall from the windowsill, and land right side up on the stones below. The pig would rush forward to eat the lovely warm apple pie. She could almost taste the hot apples and the sugary crust. But the hawk would snatch her up and fly her over the house roof, away from the pie. The pig shed a tear into her corn slops.

13 - The chickens saw the shadow, too. They screamed and ran flapping around the chicken yard. They were afraid to get eaten. They didn’t want to be some creature’s dinner. They wanted to eat bugs and peck each other forever in the warm sunshine. They wanted to sit close to each other in the roost and fall asleep in peace every night. They were running and flapping and losing feathers and screaming. They were all going to die! They were all going to be eaten! Help! Help!

14 - The hawk looked at the scene below. The chickens looked fat and tasty. The hawk circled lower. He saw the farmer and knew the man might have a gun. But he didn’t see one. The chickens sure looked good. The hawk swooped lower still. He was going to dive down and grab one. Maybe the big fat white one. No, that big round red one. Or maybe the black and gray speckled one. It was fun to think about it while he circled over the chickens running all over their yard.
Posted by Steve Emery at 8/18/2007 03:10:00 PM 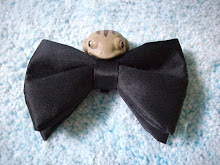