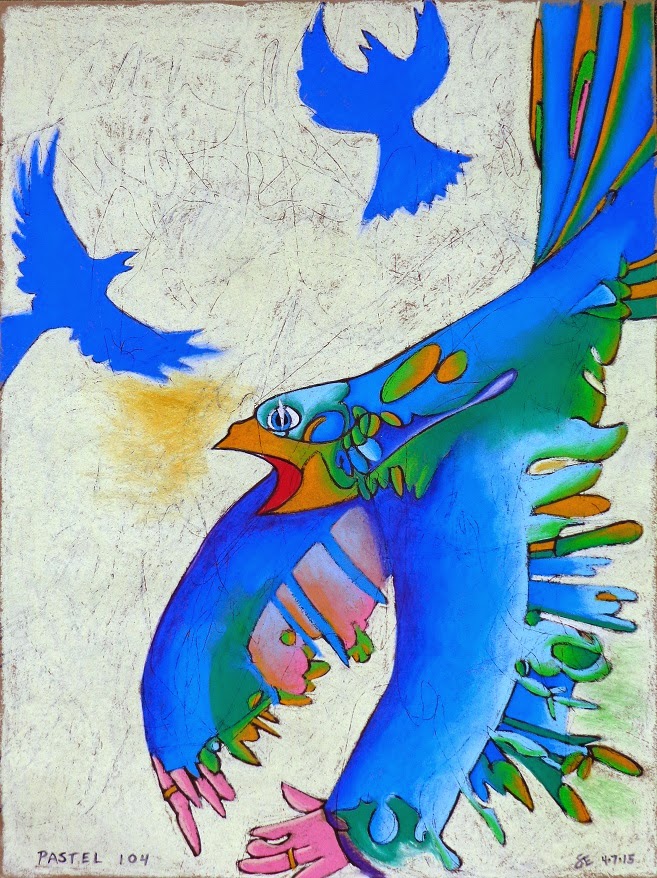 This was very satisfying to draw, but I have no idea why.  Sort of an ape bird - the rings on the fingers are the point, somehow.  I love it when I don't understand yet I know just what to do.

And if you haven't seen the paintings in our Kickstarter, I hope you will go look.  I would love to know what you think and we would be grateful for your support.  You can also help by passing it on to anyone you know who might be interested, and asking your friends to also pass it on...  Many hands make light work.

About eight years ago I was just starting to paint again after 20 years of being blocked.  I was posting a few images online, to have a low key audience.  Some of you were witness to that, and have read this blog all along.

I got an e-mail from one reader inviting me to illustrate an extended version of Rock-a-Bye Baby.  I wasn't sure I was ready for an assignment, having just come out of being blocked and that obstacle had been largely triggered by college attempts at studio painting.  I did not know who she was, or if the request was legit.  But something about the project and the request seemed perfectly timed and genuine.  So I gave a non-committal answer while I experimented, to see what I could do.

I tried at first to come up with a baby in a papoose that was hung up - and it morphed into a monarch chrysalis, but it was rendered too tightly, not a style I wanted to tie myself into, and not something that seemed to go anywhere special.  I have that image somewhere, and I may post it.

So I tried again, with a new approach, just going with my lifelong love of trees, wind, leaves, and sky.  The baby took me into uncharted territory and required me to look at a LOT of sleeping babies on the Internet.

The hound was a complete surprise.  That was one of the first examples of what many of you see every few days when I post a new Pastel.  This is familiar to me now, but then it was new to me to have a drawing run off on its own.

Over eight years ago I sent the image below to Candide without much preamble - just "Image 1."  Fortunately she loved it, and the project took off from there. 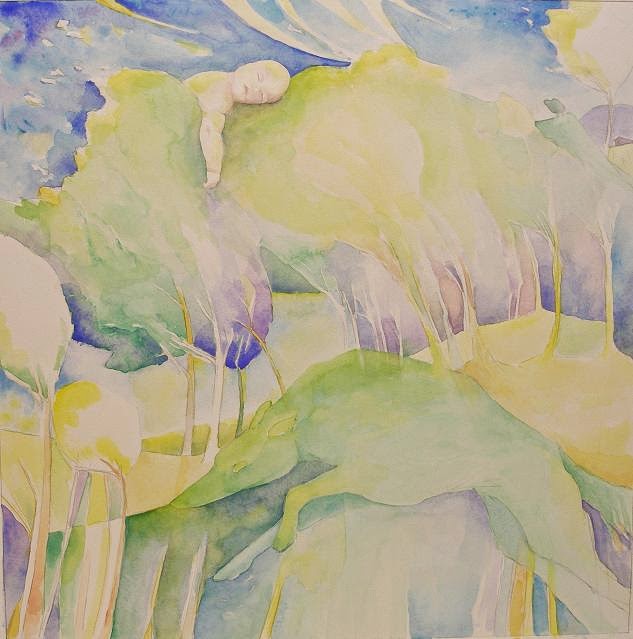 After eight years, during which the book grew in length (Candide extended the poem even further) and the book industry changed dramatically, we have all the pieces assembled and Candide launched a Kickstarter today to turn this into a real book.  Candide also reached out to Laurelyn Dossett, an accomplished NC singer/songwriter who has composed and recorded a number of lullabies, and Laurelyn joined the project to add the musical dimension which completes it.

Learn more about the Kickstarter, here, and please spread the word.