The CD Covers - Change of Rules to Make it EVEN 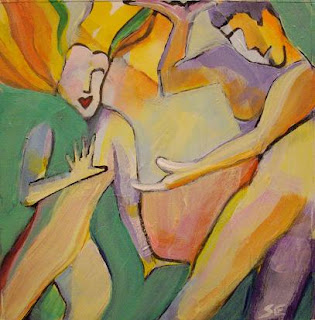 OK - I realized, when I tried to figure out WHEN to post the CD Covers for people to get in line, that no time I pick will be fair, really. Some can't get to the Internet in the morning, some have commitments at night. Some of you are East Coast, others West. No matter what I picked, it would end up to someone's advantage and other people's disadvantage. Even that could just be part of the chance, but I can mentally imagine calculated odds for different people and different situations, so I can't really make that kind of choice without knowing who's helped or hindered. 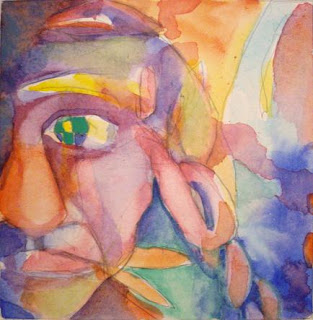 So I am going to remove the stress of getting here first, and make the process more naturally random. I'm going to draw the winners from a hat (my red beret, to be exact) after giving people time to request a chance in the drawing. So all you have to do to get in the running is to leave a comment and say you want me to put your name in. 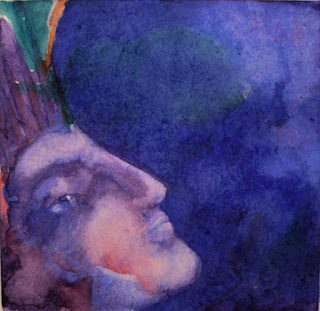 Then, sometime this weekend, I will make up the chances from whomever has posted to that time. I will put them in the hat and draw out five randomly. Those five, in the order I drew them out, will get to choose. So the first name I draw out will entitle its owner to choose from the remaining eight pieces. Then the second name's owner will get to choose from the remaining seven, etc. 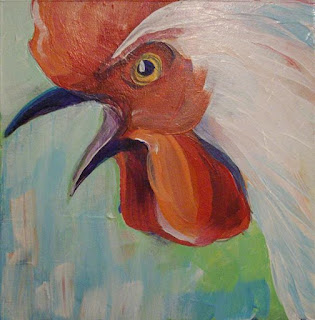 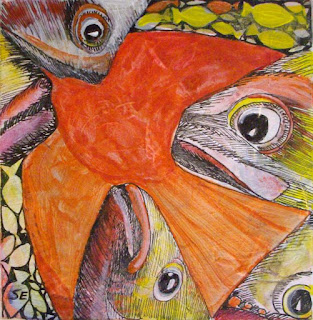 The first choice, Lisa's, was left out of this post. Lisa chose the "Haunted Woman," as she calls her. Good title. That was CD Cover 3 as I posted them. Displayed in this post are the remaining eight. Click them for larger versions, so you can see the detail better. These are all precisely the size of a CD cover - so the images might be larger than life size on your monitor. 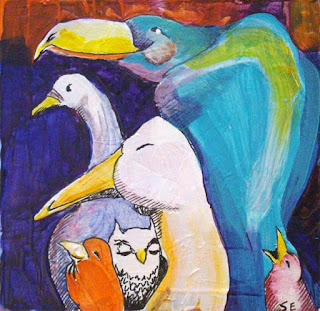 Once five are chosen one by one by the requesters, I will post one more time with the remaining three covers. In that case I am just going to let it be first come first serve. Right in the comment to that post you can tell me if you want one of the remaining three, and later commenters can see which are already taken from the previous comments, and can ask for one of the others, if they like one. I'll review those rules when I post the last three. 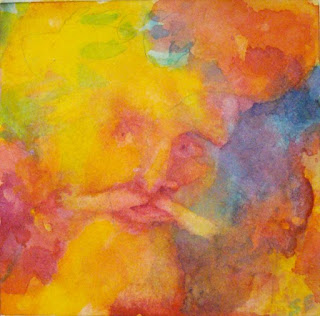 In every case I will be happy to paint an album title on the piece and cut it to size, if you want to use it that way. Or I will be happy to mail it to you with enough border for matting and framing, if you would prefer that. All are signed the way I sign small works (just my initials). The watercolors should be behind something (CD case or glass) - one drop of water and they will be damaged. The acrylics are a lot tougher.

Please don't leave your address or e-mail for me in comments - I will post the five winners this weekend some time, and provide a way for them to contact me by e-mail. I will arrange the selecting of the pieces individually with the five after that. I'll then post the five pieces chosen, and sometime shortly after that I will post the three remaining. 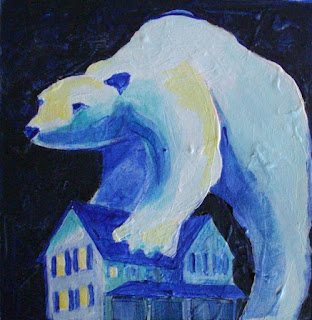 Any questions? Feel free to ask in comments to this post, and I'll try to answer there.

Of course the most ridiculous result would be that I have fewer than five people request one. That would be very humbling, and probably "deserve me right," as my sister would have said when we were little (back when I needed even more humbling than I do these days).

And if you are new here, and didn't see the previous post, I am giving these away, on a lark, and in honor of the great support and comments I've gotten in the last year. That's why Lisa of That's Why got first choice, as she's the one that tripled my audience and brought such a vocal group with her.
Posted by Steve Emery at 3/09/2009 08:05:00 PM

Well, I hope this means I will be the first to be drawn out of you beret! You have inspired me with this project. I have a 1st & 2nd choice in mind, but just like birthday wishes, I will not tell.

I want in the drawing whenever the rooster is up on the docket. I would love to see that painting titled "Angry Chick Songs," to cover a mix with a healthy dose of Alanis.

please stick me in there too, however I really like all of them.... nobody will ever call me particular!

I would very much like to be part of your contest. Whether my name is drawn or not I'm a great fan of your work and the little cd covers are especially nice.

For some reason my computer forgot who I was for the purposes of commenting here. *shrug* NEway,

I think this is incredibly generous of you and I'm looking forward to making my own pick (If I'm fortunate enough to be in the first five names pulled from the beret) and then trying to psychoanalyze everyone else using their choices as a starting point. :D

I love the fish lips!!! They are all just great!
Shannan

I'd love to have my name in the beret!! I love the bear and the fish, but really I like all of them. :-)

i FEEL LUCKY... and appreciate the chance at having even a small piece of your work

Yes please. Thank you so much for this generous offering of your work. I feel blessed just being offered the chance to have one. :)

Oh Mgosh, how extremely cool. Your artwork is AWESOME and it's even more awesome that you are willing to share it. Count me in.
Susie in cold, windy and snowy MN
who could use just a wee bit of warmth about now.

Count me in, please!

count me in as well. I like them all!

You, my friend, have quite the following. It's much deserved. Thank you, again. I do believe we now have a new address. I'll email you as soon as the lease is signed tonight. :-D

I'm loving these CD covers, and having fun thinking up album names to go with them...

The drawing is done! See later blog post where I describe the winning procedure at Etienne's hand. All above this comment, and several on a later post, were included in the drawing. Merci to all who were interested and made gratifying noises of delight about the covers.