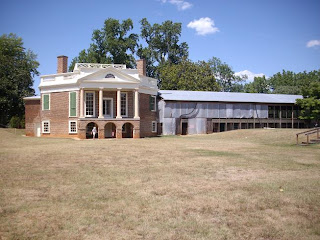 We took Saturday to drive up to Poplar Forest, Jefferson's other home - the one he didn't tell guests about, and where he went several times a year, after 1810, to escape the guests that were always with him at Monticello. Fame has always deprived people of privacy. The barn-like extension, to the right, is just a temporary structure built around the reconstruction they are doing on the small wing that was torn down in the late 1800s. The whole house is basically the one story (with work rooms and storage beneath) built using one of the famous Jefferson obsessions - the octagon. This one is much smaller than Monticello, a mere 50 foot square would contain the house.

Then we drove into Lynchburg. Dear wife will post much more on this than I (over at Moomin Light). I just want to post a few photos and say how much we liked Lynchburg, how much we did not see, and how much we would like to go back for more. Oldest Son and I want to go back with cameras and spend an entire day shooting around the hilly stacked-up downtown. 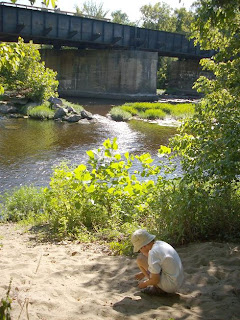 We spent some time on Percival Island, in the middle of the James River. I took this photo that I'm pleased with, and which, happily, is postable because it does not show youngest son's face. 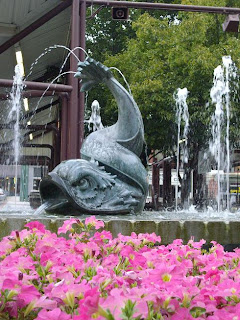 The dolphin fountain is in the area that serves as a farmer's market. I love this strange Greek idea of how dolphins should be depicted - so like Aristotle's science (don't actually do any experiments, or see how things ACTUALLY look... THAT wouldn't be any fun.) 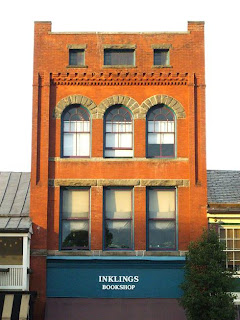 The light at the end of the day - one of my things... And what better to catch the lovely light than a bookstore? 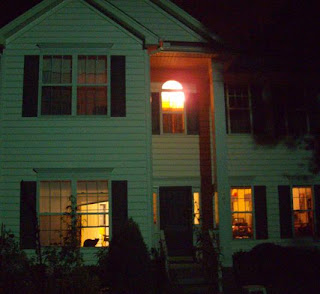 After the long drive home (about two hours), my dearest and I walked up and down the street once to re-warm our leg muscles so we could go in and stretch out (growing older is not much fun on the physical side of things...). This warm sight greeted us as we came back down the street. I love where we live. And can you see why cats in windows get into my artwork? 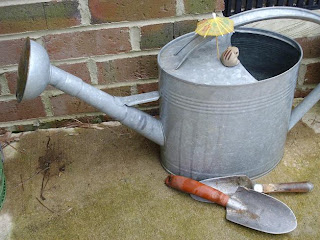 While I enjoy an occasional swim with Madame Nature, I prefer to know where all of the water has been, and where all of it is now. My grand-maman was carried off by a water snake, and our family has since been tres cautious in H2O. Steve comments that I do not like getting wet - oui, it is so. But that is not from aquaphobie, but rather a preference for the towel and the parasol over the pool. A good book much prefers the towel to the pool, as well, and I agree with most of the books in my library. Is this not so with you, also? Perhaps we can see some photos of the books in your libraries and see with how many you would disagree and throw into the pool?

Lynchburg looks like an interesting place to visit. I didn't know ha Jefferson another home. Though I can imagine why he'd want one. Being "on" gets old.

What a lovely day your family had. The pictures from when you returned home are very telling. I see that light and how good of those cats to pose just so.

As for M. Grenouille's contention that the poolside is superior to the pool? I suppose so, until you and your book feel as if you're being grilled slowly.

I don't own any books that I would toss into the pool, but last year our daughter had to read a John Stossel book and I bet if she'd thought of it, she would have drown it. Alas, it was a work assignment for school and she had to struggle through. Loudly, with marked petulance, but she managed.

I meant I didn't know THAT Jefferson...I guess my typing skills have eroded with the late hour.

as always, an interesting day trip and pictures to go with....Jeffereson seems to have gotten around, poor man.

little Grenouille(I have to stop and look how to spell his name every single time!) is smart...I prefer a parasol and a towel to a swim too~especially if there is a, horrors, water snake in vicinity!

Boy, you sure do take some nice photos. My kids keep telling me to get one of them digital cameras......

I'm just not sure of what film I would need to buy ;)

DCup - Yes, Mr. Jefferson was a well documented introvert. I feel for your daughter with the unwanted book assignment. It's been a long time since I had to read something I didn't want to - or finish something that wasn't doing anything for me. I'm glad to be done with that. I hope her experience with that in college is better.

Linda - Snakes... I was trying to think if I know anyone who would like swimming with them... I know a few people who like them, but on dry land.

OKJimm - Thanks. I think you use numeric film with a digital camera. But I could be wrong, since mine came already loaded and it hasn't run out yet.